I dress up for me,

I am a beautiful , confident and sexy African woman,

Gone are the days of dictatorship,

My dressing is my form of self-expression,

Nobody can take that away from me!

Where does she think she is??

Raising my temperature as I try to go on with my business,

She is my sister, auntie and niece,

I do not approve of this, no way no how!

Look how they all stare,

I do not blame them, for I am a vision of beauty,

My soft silky chocolate legs are a wondrous gift from the Most High,

I will not apologize for my body.

She must remember this is Africa,

The things she sees on the television screens are a sorry excuse for the reality we live in,

In our land women cover themselves with shame and embarrassment,

Only for the lucky man who will buy the prize.

My body is my own,

If you lay a finger on me it is abuse!

A gross violation of my freedom as a woman,

And a disgrace to your male gender.

Step out in that indecent garb and I will make sure its your last,

I do not mince my words,

No more will you embarrass our society.

I will stand up for my rights!

I cannot help what you think in your perverted minds

I will not stop at your baseless demands

For freedom we fought and the fight still lives on!

Let’s stand together and stand for what is fair,

How one dresses is their own personal right,

No law dictates how somebody should wear,

Women must come together and end this madness,

Lets walk together on 17th November,

Women’s freedom should not and cannot be curtailed to serve egoistic ends,

What do you say?

I grab the innocent, tame and lowly,

I attack mighty, strong and proud,

I devour anything and everyone in my sights,
I yearn for a host, please let me in,
I am Ebola, the enemy of man.

I creep into your body through fluids,
And I leak out through the same way,
Through every hole in your body I expel myself,
Making you feeble and fragile,
I am Ebola, the enemy of man.

My cousins are jealous of my raging ways,
They wish you would speak of them as you do me,
I will cause divide between countries,
I will make them each stay in their regions,
I am Ebola, the enemy of man.

You shiver and quiver when you hear I am near,
You cannot escape my tricky plays,
Dorn all the protective garb you like,
Each day I get stronger and you weaker,
I am Ebola, the enemy of man.

Fight fight all you can,
You will not get away from me,
I might go but I always come back,
I have to make sure I bring shame to you,
I am ebola, the enemy of man.

But now you seem to be gaining momentum,

Steadily you are neutralizing and controlling me,

How could mere man achieve such a fete?

Have you known my secret and how to avoid me,

I am ashamed and hurt, for I am Ebola, I have had my time.

They called, you answered, They plotted, you sorted,

For the sake of name and land, you vacated

And walked boldly into the chambers a citizen,

With God, family and country behind you.

They asked, you tasked and in the end,

The cracks widened, they had nothing,

And you gained everything, from hearts to pats,

You won over the country again.

To receive their humble warrior, the continents true icon of leadership,

The streets were paved with adoration and respect,

For it took a special man to leave and believe all will be well.

An ordinary man fears and hears all,

A brave man knows and does the right thing,

A textbook leader clings and blings about power,

A true leader shines and sheens in all situations.

When you stepped down for the sake of continent and country,

Your genuine and authentic nature prevailed for all to see,

And the people were left in awe by your actions.

History has been written, trends have been set and the future is paved,

With more success and triumphs for the Jubilee government,

With you at the helm: Hail His Excellency President Uhuru Muigai Kenyatta.

Tis the duty of man to rise above all hurdles,

In the shadows of impending struggles and rough seas,

To emerge victorious is our calling,

Even when the horizon seems darker than the night. 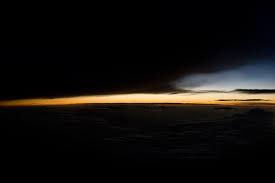 The claws of despair creep as its shadow hovers above,

The voyage has just begun, the dreams have set sail,

Onward bound we go, to a land we know exists,

We sail forth into a horizon unknown, with sights set on new beginnings.

Others have sailed these seas before, stood strong in high tides,

To sail into calm waters with the bright sun shining overhead,

With the cool breeze of success blowing in their face.

To each their own, each voyage with its own challenges,

We must charge on, minds shielded and hearts brazen,

And trust founded in the maker of Kings, the giver of life,

For man is but a pawn in a plan yet a king in the game. 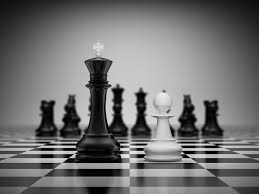 You are the master of your fate, the farmer of your dreams,

The servant of one and the slave of many,

Embrace each day with might and grace, fight and pace,

And live up to the calling of being a man

Tis the duty of a man.

Nairobi poets would like to announce the launch of our first poetry e-book. From the title, you can tell this will be quite the read.

You can buy it on Amazon: http://www.amazon.com/dp/B00LU5INHQ

Thank you for your support.

How come, how long,

Shall children die, will people suffer?

For over 50 years they have been fighting each other,

Too long lives have been lost, over land that is going under.

Many speak of sides to take,

Others argue, that they are more deserving and the other life is fake,

But the cries of each side is disgusting,

And would churn a corpse’s tummy.

We hate the killings that are going on,

We hate the disease of war, its wrong,

One side oppresses the other so,

The other side just sheds tears and more.

Why should the king lion give money to one side?

Why must they feed the fire with more acid?

For if one bomb leads to so many dead,

How is life when they happened each second?

The world cry’s for Israel and Palestine,

For all the mothers and fathers,

Their pain is unfathomable to many,

Too much for a normal person to privy.

You are in our prayers dear Gaza,

Do not think your cries don’t break our hearts,

And that the distance is our escape,

We are all one family, one home.

So Israel and Pakistan, How long?

The prowess of structure met the flair of dance,

One put their bet on planning and organization,

While the other put their bet on individual play

And in the end, German technology prevailed.

Seven times they found the net as Brazil slept,

The hopes of a country dashed in 90 minutes,

By the boot of the skilled Germans.

Lufthansa became the airline of choice to the final,

On the lush green grass of Brazilian soil.

World cup history was made in devastating fashion,

With a score line that looked like a video game,

Much will be said, many will be fired and more will laugh,

In the end, one team proved to be 7 times better.

Why orange must the show go on?

Why must you stretch it on?

You have said you are Pan Africanists,

Our country is bleeding from many stab wounds,

And yet you want to add more cuts.

You played the game and lost in the end,

Walk away while you still have your dignity,

And people still respect your humanity,

So don’t let more tears be shed for your ego to be fed.

Do not let this be!!

Terrorism from outside forces is rampant,

While all we want is for them to be stagnant,

No more do we want any fracas,

This is all madness,

Please, no saba saba, no violence.

When man declares love for a woman, society sees progress,

Praise is showered on the couple for the bold step,

The man receives the stamp of approval from other married men,

For the journey is not for the faint hearted.

The union of two means the merger of families,

The talks begin, opinions are aired and the test begins,

It is most delicate before the big day.

Both sides are grilled over their decision,

Are you sure? Who are they? Where are they from? What do they do?

An expected step in the journey to the altar,

A concern anyone close would ask: for this is a lifetime decision.

Then among reason comes spite from quarters unknown,

Opposition from experts of love and marriage,

Whose basis is tribe, horror stories and their declared love for you,

A love you just heard of, like a rumor in the office.

Their concern stems from their true heart felt opinions,

Which is the truth disguised as advise and wisdom from an elder,

An opinion they expect you to conform to, or, be abandoned,

For they feel that you are doomed if you continue to love the other.

This begs the question: where were they before all this?

Where were they in times of pain and struggles?

Where was their love when isolation echoed and reverberated in life?

Where were they when it mattered?

But beyond the close doors of my home, they don’t know what happens,

Away from the spotlight, they don’t know how I live or how I sleep,

They don’t know the joys and struggles I have had: but she does.

So, is this marriage yours or mine?

P/S: This message has been endorsed by THE ALMIGHTY.

They say it is darkest before dawn,

A silver lining on every grey cloud born,

We have witnessed it when a little baby was attacked,

In a church with the congregation packed.

Many nights he spent crying due to the pain,

Loud screams cut through each Kenyans heart like a vein,

How could they do this?

To a church and innocent families especially?

Tears shed and sleepless nights had due to a war we have no control over.

However we have one victory we can celebrate,

The small baby whose life we were sure had only one fate.

He proved us all wrong strong and loud,

With this small purpose and to make his daddy proud,

Baby Osinya has survived to live another day,

Although with no mother to our dismay.

However we thank the doctors, who were involved in the risky procedure,

Three long hours they had to endure,

The whole country had their eyes on them,

Trusting their hands to save him and boast about our health system.

For we must celebrate any triumphant no matter how small,

No matter how deem we may find it and doesn’t affect us at all,

Because of him, Kenyans have a semblance of hope to stand tall.